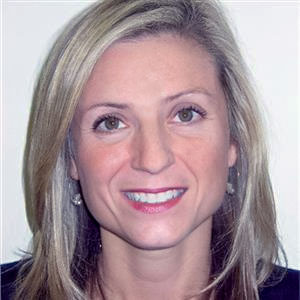 Diane Potochny has been promoted to the newly created position of Vice President – Finance & Accounting for the Armstrong Group. Diane will assist the Armstrong Group executive team in managing and monitoring the performance of the Operating Business Units.

Diane joined the Armstrong Group in 2004 as an Accountant. Over the years, she progressed through roles in the Armstrong Group’s Finance department as Financial Systems Analyst, Manager of Accounting Operations, and Corporate Controller before moving to Human Resources as the Director of Compensation & Benefits. Diane has been the Controller for Armstrong Utilities since 2016. She holds a Bachelor of Science degree in Mathematics and Economics from the University of Pittsburgh with additional Accounting certification from Slippery Rock University. 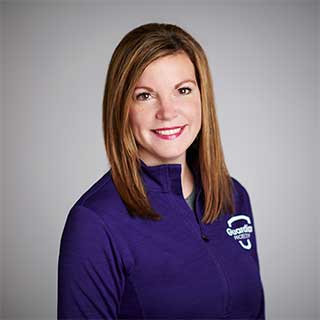 April Maloney has been appointed to the new role of Vice President – Dealer and Inside Sales. In this position, she will oversee the growth and strategic development of the Authorized Dealer program, Residential Inside Sales Group, and Residential Sales Operations. Maloney joined Guardian Protection in 2012 in the Finance division and was most recently its Director of Sales Operations. She is credited with leading a transformation in Guardian’s Authorized Dealer program, making it more successful than ever before. Prior to joining Guardian, Maloney worked at Crown Castle, the nation’s largest provider of communications infrastructure. She holds a Bachelor of Science degree in Accounting and Finance from State University of New York, Buffalo.

Kevin Santelli has been promoted to the role of Director - Builder Sales with responsibility for the activity of the builder sales team, builder partner acquisition, go-to-market strategy, and overall division profitability throughout Guardian Protection’s footprint. Santelli worked for OnQ Legrand for eight years and was its Northeast Market Manager before joining Guardian in 2006 as Builder Sales Manager for the Pittsburgh region. Most recently he was the Area General Manager for Guardian’s Pittsburgh and Cleveland regions. Santelli served in the U.S. Marine Corps as a Corporal and holds a Bachelor of Business Administration degree from the University of Mississippi, Oxford, Mississippi.

By streamlining the name, it will allow the Group to better communicate with and present itself to its employees, partners and customers across the nation.

Armstrong Group is a little more concise and better positions us for the future, said Eric Aulbach, Chief Information and Group Marketing Officer. As we continue to look for opportunities to expand into other businesses, we thought now would be a good time to make the change. he noted.

The Armstrong Group is a family owned and operated concern, with over 2000 employees across the nation.

The 2020 drive for resources was different this year due to COVID-19. Armstrong’s primary event was the Avenge Hunger Virtual 5K Race that raised over $8,300 in entry fees and donations, with many traditional events being canceled and focusing on safe social distancing procedures.

Marc Moretti, System Technician from the Boardman system, was the winner of the virtual 5K with a time of 23:39. Armstrong gave a $250 donation to the Second Harvest Food Bank of Mahoning County, Ohio, in honor of Marc and his first-place finish.

Mike Giobbi, Armstrong’s Chief Technology Officer, finished third with a time of 26:25 and designated Connellsville Area Community Ministries to receive his $75 prize in his honor from Armstrong.

The system competition window closed on Monday, October 5th, at Noon. After the competition numbers were finalized, Greg Rhoton, Community Marketing and Programming Manager for the Boardman system received a surprise call from the Lordstown Motors plant to say that they had collected food and money for Avenge Hunger Month. This raised an additional 1,677 pounds of food and $1,400 in monetary donations to supply local food pantries.

Through the Avenge Hunger Month drive, Armstrong has collected nearly 100,000 pounds of food and $43,000 in monetary donations to share with community feeding programs over the past three years. Avenge Hunger Month also helps increase awareness of Armstrong’s Breaking Bread initiative to stock local food pantries and soup kitchens for their busy Fall and Winter seasons.

As the United States braces for a growing wave of patients with COVID-19 in our hospitals and intensive care units, 4Front Solutions is ramping up production to support our medical OEM (original equipment manufacturer) partners who design and distribute critical oxygen producing and diagnostic equipment.

We are building the electronics for Caire's NewLife Intensity Oxygen Concentrator in record volumes. Our customer has ordered in excess of 30,000 assemblies to be delivered as soon as possible. These assemblies will be used to support the patients in New York City and other areas hard hit by the crisis. The devices take ambient air and remove the nitrogen and other impurities allowing the patient to breathe pure oxygen. The video below demonstrates how the device works.

Customers have reached out for our continued operation and support to keep our country functioning and safe. We have been designated a critical infrastructure supplier by customers in many other important market segments as well, and we continue to produce products to: